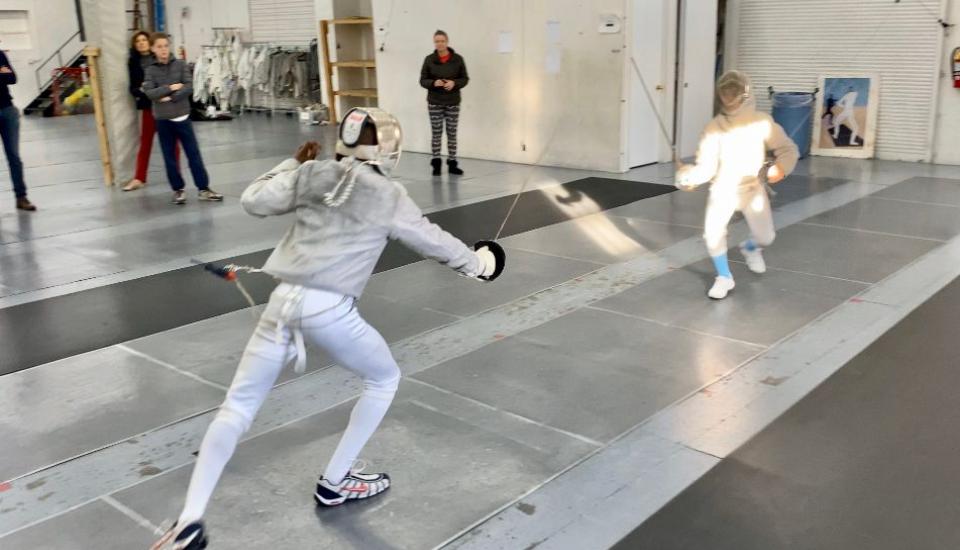 When Aaron Moyd first carried a saber and learned what it means to parry an opponent last year, he was not sure he would like fencing.

“How’s this gonna work out for me?” the sixth-grade student from Saint Augustine Catholic School in Washington, D.C., remembers asking himself about the combat sport.

He had joined the Saint Augustine Fencing Club, which means on Mondays and Wednesdays after school, part of the National Capital Fencing Club (NCFC).

On Dec. 8, Aaron found himself at an NCFC-sponsored tournament in Silver Spring, Md., where he finished second place in the U-12 age group, after winning seven straight matches and losing his final one. Fencers win points through their weapon’s contact with the opponent, and fencing has been an Olympic sport since 1896.

In early March, Aaron won a bronze medal at the U-12 level in the Musketeer Circuit Tournament in North Bethesda, Md.

“I can’t always charge somebody,” he said of his lesson learned in December. He had fenced too aggressively in his final match, confident because he had beaten his opponent earlier that day. He described his mood as being both nervous and excited at his first fencing tournament.

“Aaron has been one of our most promising students and has developed into one of the best fencers in his age group in the DC metro area,” said Coach George King, head of the National Capital Fencing Club (NCFC). “He’s tireless and practices three days a week, mostly against older and more experienced fencers who attend other schools.”

“I was proud of him,” said Aaron’s mother, Nicole Scott. “I would like to see him do more,” in fencing. Aaron’s sister, Airess Moyd, is a St. Augustine alumna who attends Bennett College, after matriculating from Archbishop Carroll High School. His niece, Aidan Cobb, is a third grade student at St. Augustine.

Aaron began to like fencing more as he improved his technique. “I work hard,” Aaron said of his improvement.

King, who incorporated the National Capital Fencing Club as a non-profit in February 2018, has coached fencing for more than 18 years, including the last six at St. Augustine School. A retired City of Alexandria (Va.) narcotics detective and former nationally ranked fencer, he has coached at least 100 St. Augustine School students.

“The program at (St. Augustine) is progressing nicely, and we should have more students competing in the coming year,” King said. There are 13 students in the program, ages 8 to 14. “All are doing well,” King said. “I’m very proud of them.” 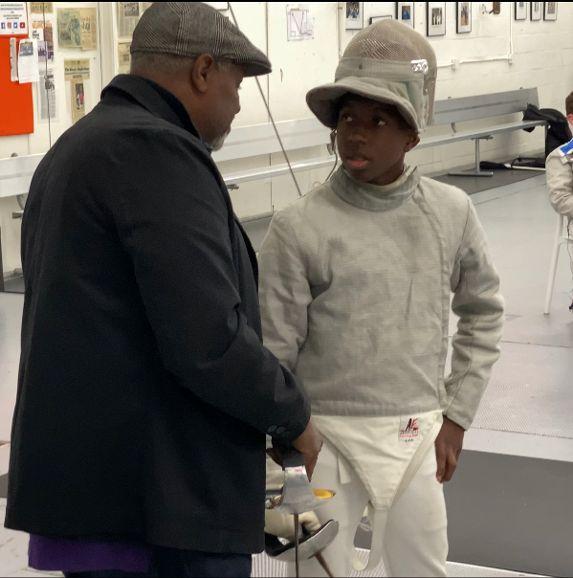 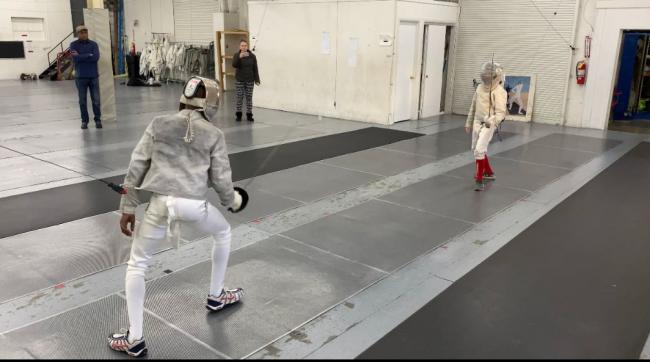