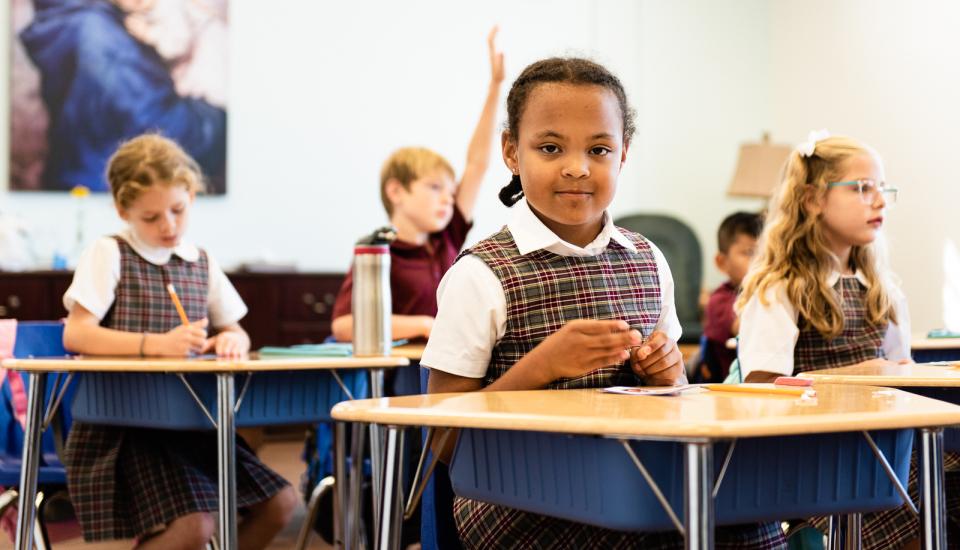 As we approach the anniversary of the Tulsa Race Massacre, May 31-June 1st 1921, Holy Family Classical School in Tulsa, Ok reminds its students of our rich history in defending our community against injustice by revisiting the horror and history of the Tulsa Race Massacre. On May 31st mobs of White residents, armed and deputized, attacked Black residents and destroyed homes and businesses in the Greenwood District. This district also known as Black Wallstreet was a jewel in Tulsa. Complete with banks, successful businesses, and tasty diners, the destruction of the area meant the destruction of an entire community. Businesses and homes were looted and set on fire. In addition to the geographical devastation, many lost their lives and over 100,000 were displaced. As the violence escalated, Holy Family Cathedral’s Fr. Heiring, made the decision to open the Cathedral as a place of refuge. He called in various ministries to cook, bandage, and minister to the affected community. Volunteers sheltered the devastated, bathed babies, and tended to the wounded. It is with this same spirit that we call our own students to tend the broken, nurture the abused, and defend the vulnerable. Both the second and the fifth grades decided, independently and organically, to minister to the most vulnerable among us. For two weeks, they collected and then deliver supplies for underprivileged mothers and babies at Birthright of Tulsa. What a joy it is to see students learning from history and striving to be makers of positive change!