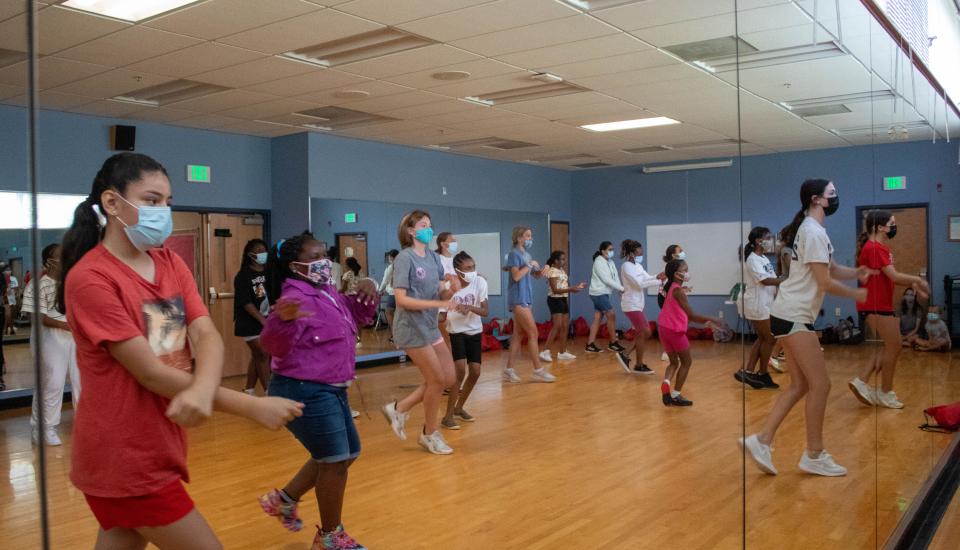 Ms. Angela Healy, Grade 6 homeroom teacher, was really glad to have her “pet project”, NDP/SAB Arts & Athletic Camp, return to “normal” last July. Years ago when Ms. Healy was a student at Notre Dame Prep, the camp was her introduction to SAB when she served as a counselor. She continued her involvement while completing her undergrad at Loyola University Maryland. Now in her fifth year as a SAB teacher, Ms. Healy works with Mr. Steven Pomplon, NDP’s Director of Social Service, to coordinate the logistics of the camp. SAB faculty assisting at the camp included Sr. Karen Kane, counselor. NDP faculty included Ms. Joan Smith, Assistant Athletic Director, Ms. Kim Bryson, Physical Education and Health teacher, and Ms. Mary Agnes Sheridan, STEAM Director.

This year’s camp (July 19-23) for rising Grade 6-8 was a bit different from previous ones in that it was half days, 7:30-12:30, instead of full days. Also, only three days of camp were at NDP due to construction on its campus; Monday and Tuesday camp days were at SAB. While on campus here, our girls and about a dozen NDP high school counselors, played basketball, kickball, capture the flag, trivia and enjoyed some arts and crafts. On Wednesday and Friday the girls worked more on their dance routines, played basketball in the beautiful NDP gym, enjoyed STEAM activities, more arts and crafts, and swimming at the school’s indoor pool. Thursday was a morning of service at First Fruits Farm in Freeland, MD. The SAB girls, alongside the teachers and the NDP students, picked tomatoes, harvested 32,000 pounds of cabbage, and boxed 10,000 pounds of string beans!

“This camp with Notre Dame is a really meaningful tradition here at Sisters Academy. Like our school, sisterhood is important at NDP. Historically, we have a lot of interaction between our middle school girls and the high school girls. We’ve gone to see their fall play. Our basketball team went to an NDP basketball game. The high school girls have visited for our Fall Fest. It’s been a bit tough this last year trying to maintain this during COVID. We’ve had to be very creative but it was really worth it to see our students enjoy themselves and grow and make new friends among each other and with the older girls,” said Ms. Healy. “Now we’re working on ways to connect this school year.” 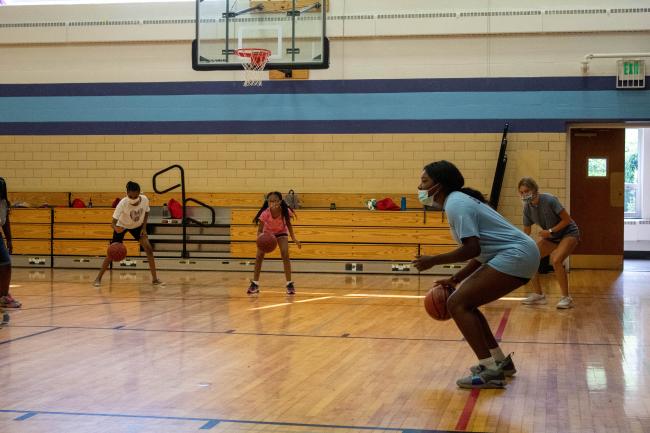 A mainstay at the NDP Art and Athletic Camp is daily basketball skills training. 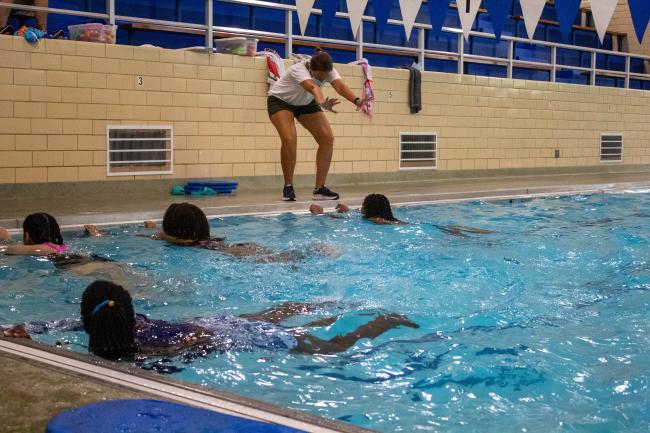 Kim Bryson, PE & Health Teacher at NDP, had some students practicing their flutter kicks at the high school’s pool.

One many farm tasks Sisters Academy students did while volunteering at First Fruits Farm, was boxing crates of freshly picked string beans for shipment. 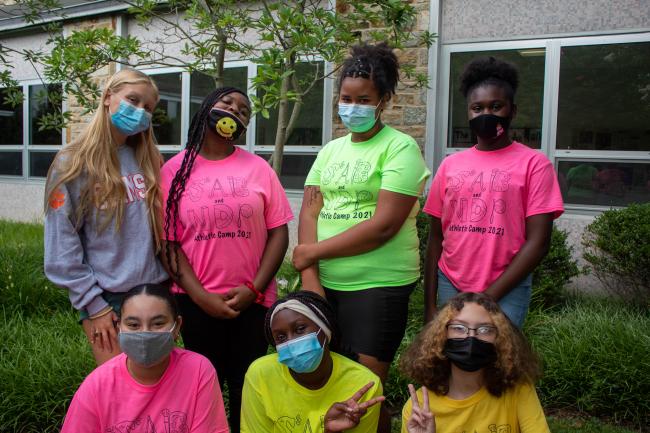 Sisters Academy students sported the colorful camp t-shirts they were given, and then posed with one of their high school counselors.