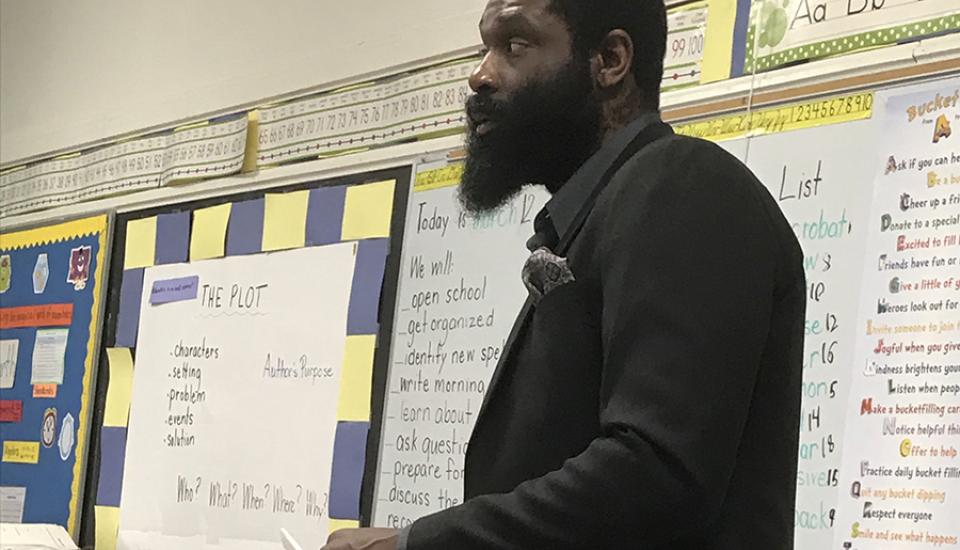 Captions:
Representing the U.S. Department of Agriculture’s National Organics Program, Ms. Alpha T. Griffin, Esq., talked about the standards and policies that USDA uses in determining when food companies can use the USDA Organic seal on their food labels. She also spoke about her childhood desires to be a ninja and how that gave way to studying zoology in college to eventually graduating from law school and successfully taking the bar exam.
(Jose Harris) After playing basketball, football, and baseball in his youth, Mr. Jose Harris, a lifelong St. Augustine parishioner, talked about going to work for a law firm while he was in college on the recommendation of a congressman whom he worked for while a student. He eventually settled in to a career as a paralegal with a law firm, DLA Piper. In supporting lawyers in their work on behalf of DLA Piper clients, Harris ultimately helps support litigators and legal negotiators.

The president of the Catholic Business Network – DC, Mr. Justin Silvers spoke with students about working as a business banker with Capital One. When asked by an elementary school student where banks find the money to lend to borrowers, Silvers said, “you,” referring to depositors whose funds give banks the liquidity to lend to qualified borrowers, with interest charged. Initially attracted to Washington, D.C., from his native California by politics, Silvers has found a home in the banking and financial services industry.

Ms. Solangel Childs, representing the D.C. Public Libraries, encouraged St. Augustine School students to get library cards, if they did not have them already. She works at a Ward 7 library and recognized Mr. Patrick Respers, middle school Math teacher in attendance, from his regular use of her library. DC Public Libraries helps patrons who want to do everything from seeking employment to borrowing books to studying for the SAT.

Mr. Kenechukwu O. Okocha, Esq., a deputy chief in the Assistant U.S. Attorney’s Office in the District of Columbia, said he decided to become a prosecutor because he wanted to protect good people from criminals and people who do bad things. He spoke about studying criminal law and how prosecutors and investigators use different types of evidence, including cell phone records and DNA records, to build their cases. He began as a prosecutor and now supervises a team of prosecutors who bring cases having to do with human trafficking.

A St. Augustine parishioner since 1980, Ms. Pamela Cross talked with fifth and sixth grade students about growing up in Akron, Ohio, which at one time was the rubber capital of the world. “America has always been great,” she said, somewhat ironically. “Especially for those of us who were brought here 400 years ago,” speaking of the 1620 arrival of the first enslaved Africans in Virginia. “We are not working for free anymore.” Working with the federal government, Ms. Cross helps to protect U.S. networks from adversaries including the Chinese, the Russians, and various nation-states.

Ms. Cecelia Grillo spoke to fifth and sixth grade students about her work in biometrics program management at the Department of Homeland Security, where her program stores more than 250 million records of fingerprints and iris images for people entering the United States. She explained that each person has unique fingerprints and iris images, so that data is valuable in building records about each person entering the country.

Gabriela Vaca, Esq., a parishioner, spoke about deciding to become an attorney with White & Case, LLP, in part because she felt that her community does not receive adequate legal representation. In response to a student’s question, she said that she represents clients vigorously, even when they are guilty of crimes. In describing the challenges inherent in her work, she mentioned one case where a client failed to appear for a court date.

Col. Richard Cooper ’54, the only alumnus to present at Career Day, spoke about his work with the U.S. Air Force Civil Air Patrol, a congressionally chartered federally supported, non-profit founded in 1941, which allows youth as young as 17 to earn a pilot’s license as a part of its aerospace education programs. A volunteer organization and auxiliary organization to the U.S. Air Force, the Civil Air Patrol can help locate cell phones in remote areas based on the phone’s connections to local cell phone towers, and the organization also helps federal, state, and local governments with natural disaster relief.

A retired pharmacist, Mr. Robert Taylor spoke about how he got his start in medicine as a nurse and later a pharmacist while serving in the U.S. Navy. He told the elementary school students that pharmacists use technology to ensure that their clientele are not hoarding or misusing pharmaceutical drugs, since they have visibility about the patients’ use of prescriptions at other pharmacies.

A St. Augustine School parent, Mr. Lewis Wilborn talked about his work with the Pretrial Services Agency (PSA), a federal entity in the District of Columbia. Some young people, he said, make the mistake of wanting to grow up too quickly. Some offenders are juveniles, with the rest are adults. So that as few defendants are released on surety bonds, PSA supervises defendants while they await trial through drug treatment, mental health services, and social services.

A senior associate for strategic communications for the Opportunity Finance Network, Ms. Caroline Valvardi spoke to students about how her community banking organization lends to small businesses, individuals, and non-profits. Her work helps Opportunity Finance Network’s constituents better understand whom the organization services and legislation that effects them, among other issues.

Other speakers included two parishioners, Mr. Reginald Berry and Ms. Jeanne L. Lewis. A retired engineer, Berry spoke to students about working in six continents on everything from financial services to pharmaceutical product design to oil and gas. “You can do anything as an engineer,” he said. Lewis, meanwhile, is a non-profit executive who spoke about her run for the D.C. City Council (At Large) as an Independent Progressive Party candidate. 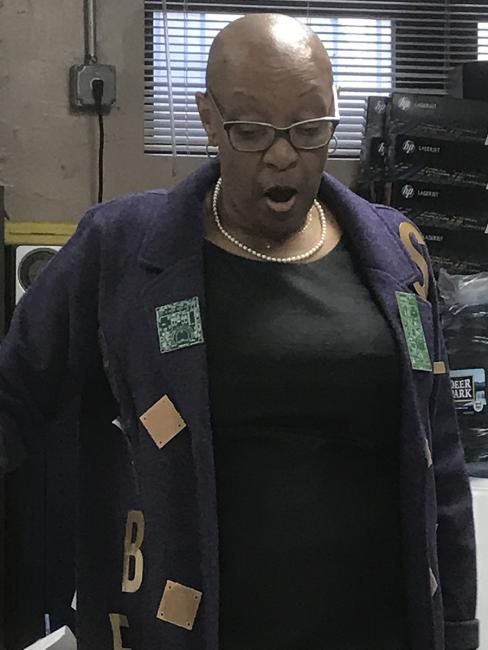 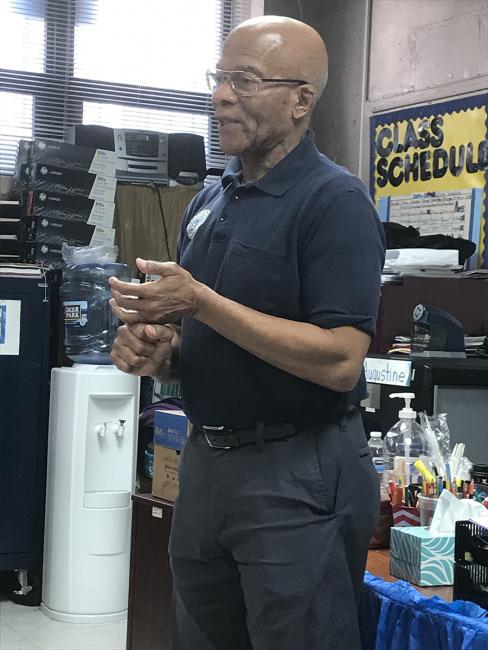 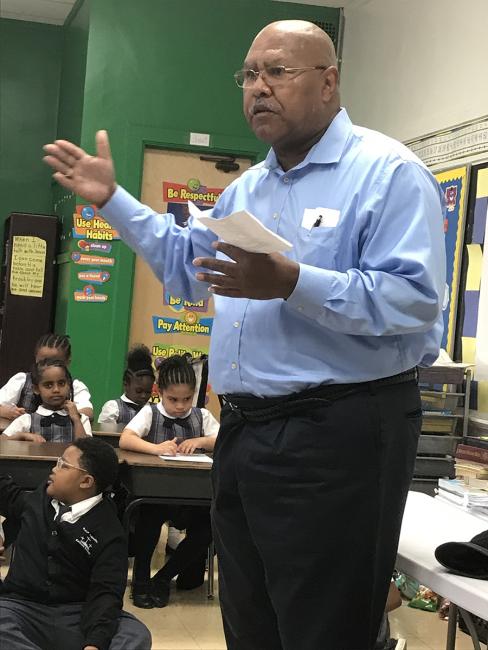 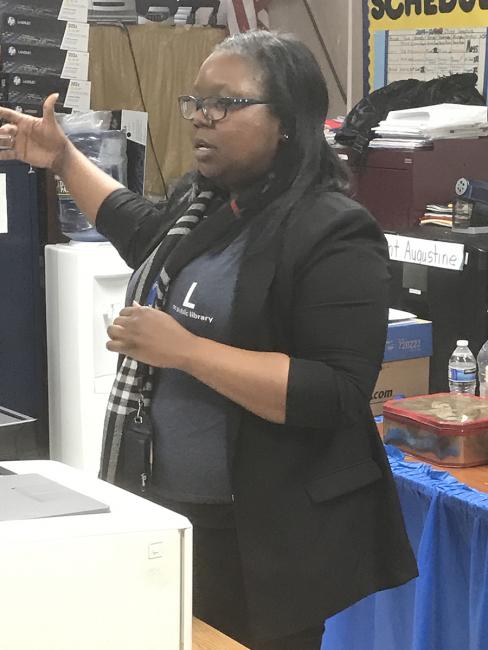 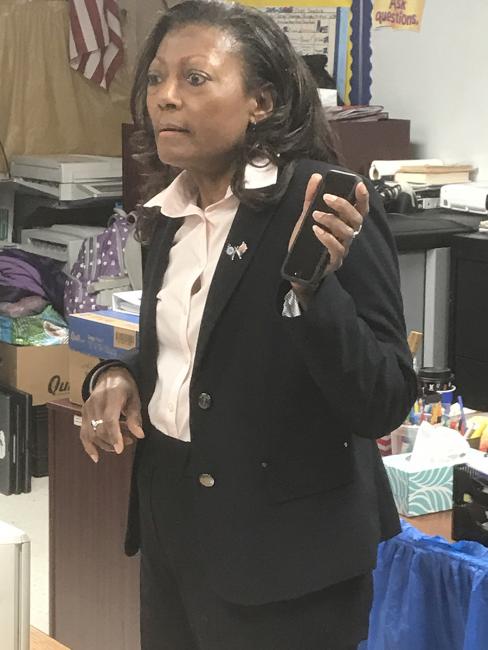 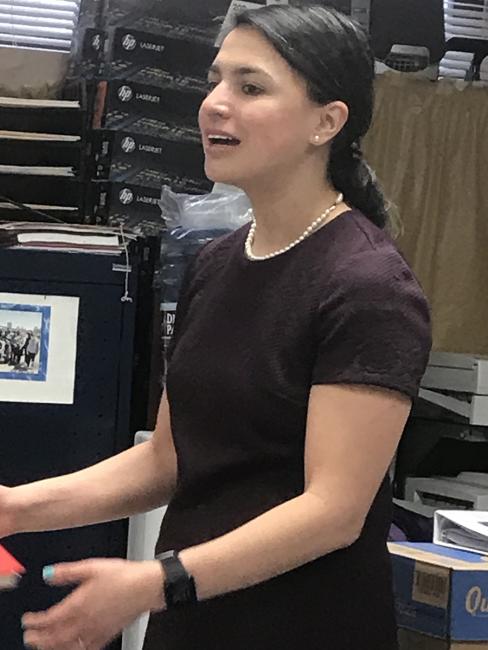 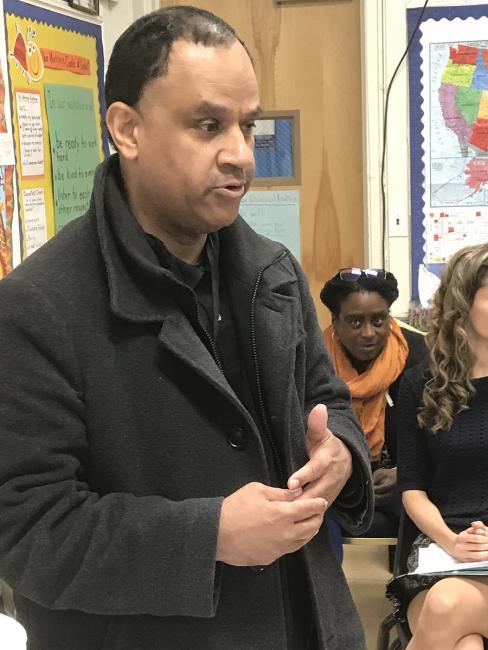 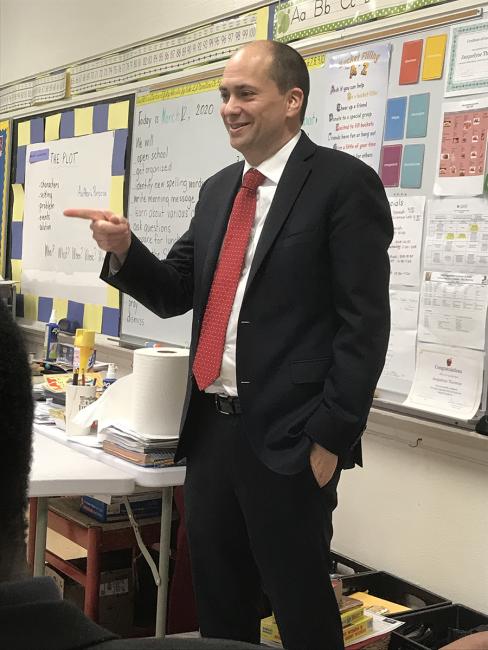 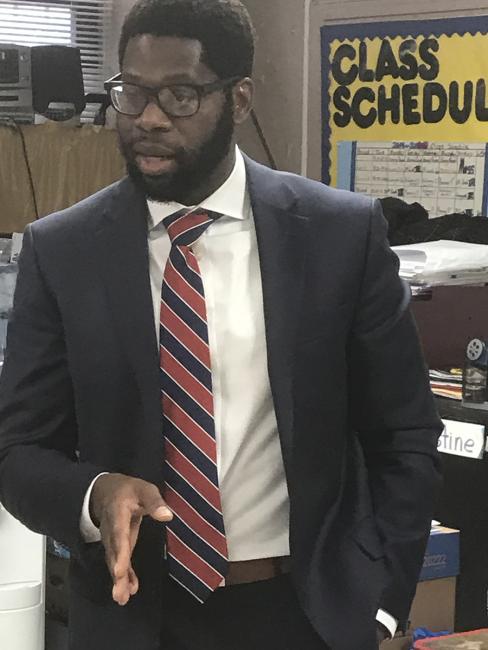