A River Connects Us 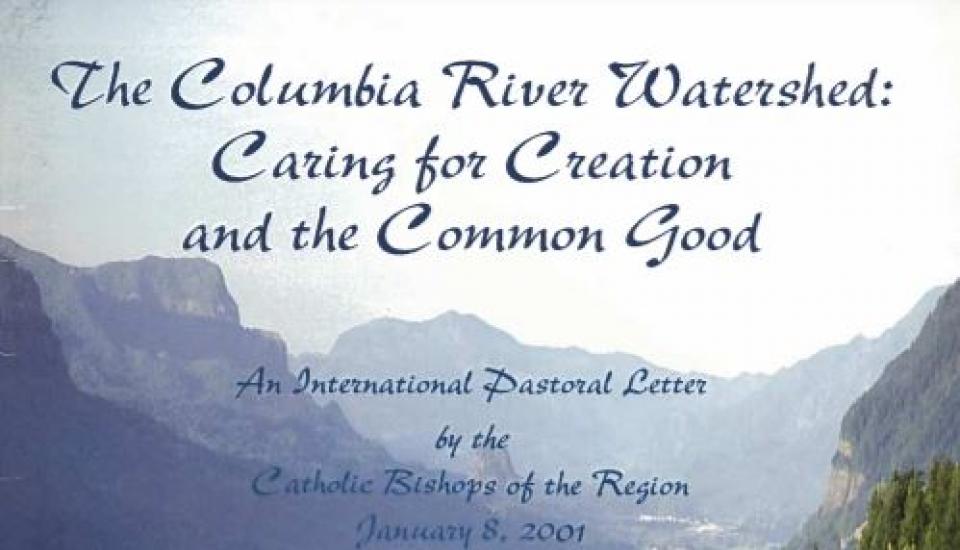 Twenty years ago, the Bishops whose dioceses encompass the Columbia River watershed in the United States and Canada wrote the Columbia River Pastoral Letter. In the time since the letter was published the Catholic Church has seen increased concern for environmental issues through papal writings, while many topics explored in the letter have continued to develop. The Columbia River connects the entire region and shows how we are all connected, Native Americans, farmers, environmental activists, city dwellers, and rural households. A toy boat set afloat in a mountain stream in Idaho may flow through the locks at the Dalles one day. In our often fractured world, we are connected by the realities of our physical landscape. This landscape is tied together by the many rivers that make up the Columbia watershed.

During this, the 20th year anniversary of the Bishop’s pastoral letter on the Columbia River, The Inland Catholic (the magazine of the Diocese of Spokane) is reaching out to our Native American communities for reflections on Pope Francis’ Pastoral Letter, Laudato Si’ and the interconnectedness with the rich history and relationship with the Columbia watershed. The Inland Catholic plans to host space for these reflections.