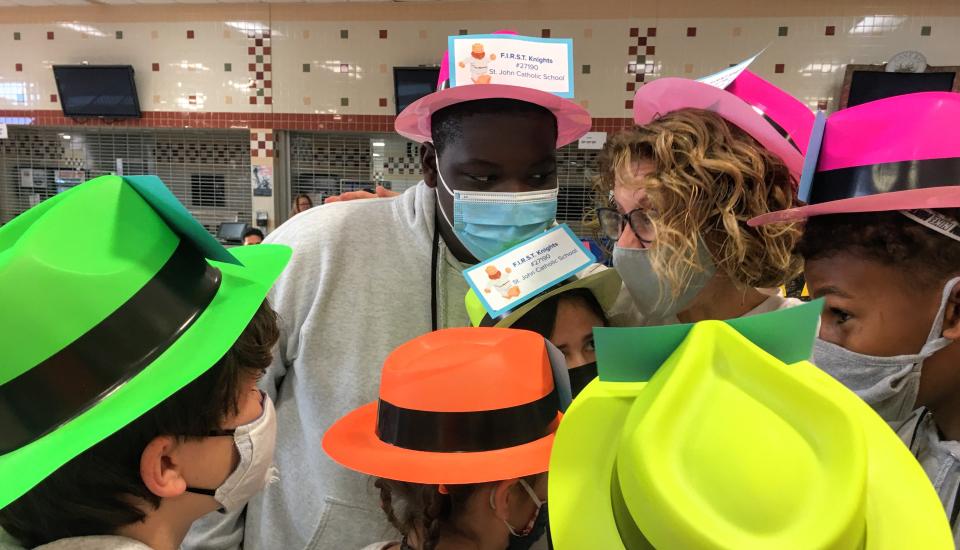 Seven students from St. John Catholic School participated in a regional and then state level Lego Robotics competition. The team placed first in both events for their innovation project, focusing on shipping containers falling off cargo ships into the ocean during transport. The team felt strongly about caring for the environment and were shocked to learn that a few thousand containers fall into the ocean each year--often being left to pollute our waters.

The Lego Robotics competition includes several categories. The students must learn to code a robot and participate in a robot game. They must present an innovation project, explain their robot design, and share how they applied the First Lego League core values in their practices.

The team met with professionals from Ports America, the Hugh Leatherman Terminal, and a retired Army Corps of Engineers employee. They also traveled to the local port to learn how the containers are currently fastened to the ships. They considered and then ruled out several solutions before focusing on one in particular.

The final step of the process included sharing their ideas with others. They presented to their professional contacts, a retired two start Army general, two previous robotics coaches, the superintendent of the Diocese of Charleston, two local college students, their classmates, teachers, and parents.

Saint John is incredibly proud of these young people and are grateful for the tuition support provided through the Black and Indian Grant. Joyfully, after the state level win, the team gathered together for a prayer of thanksgiving. 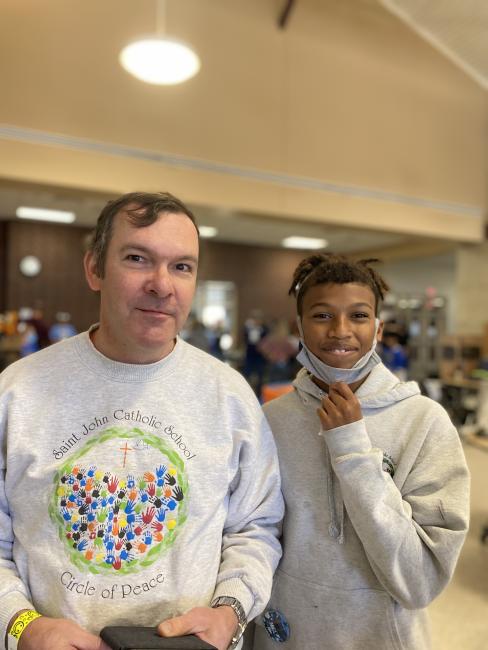 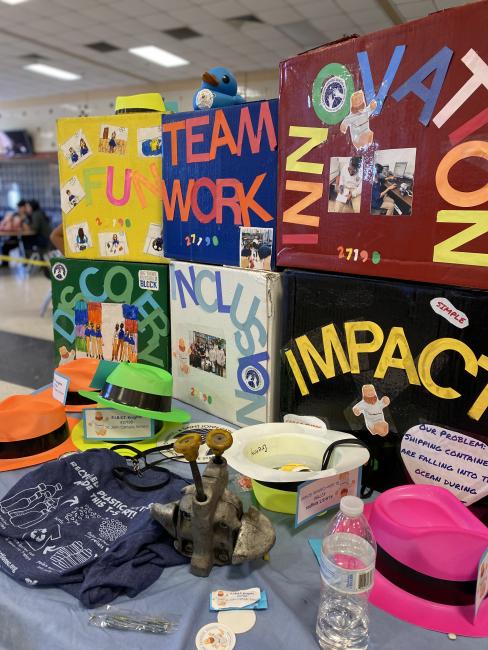 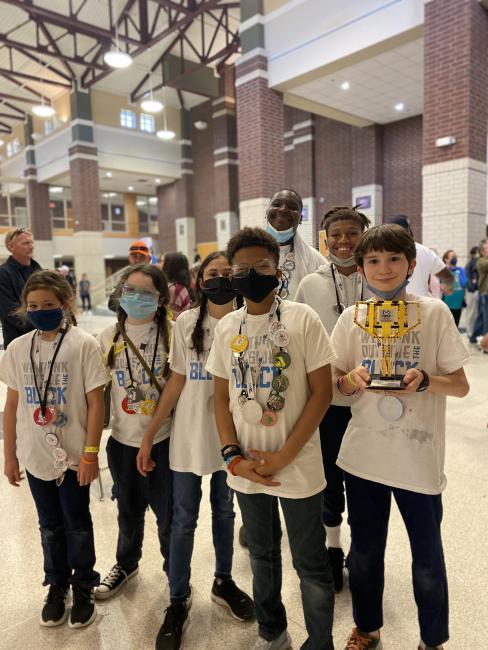