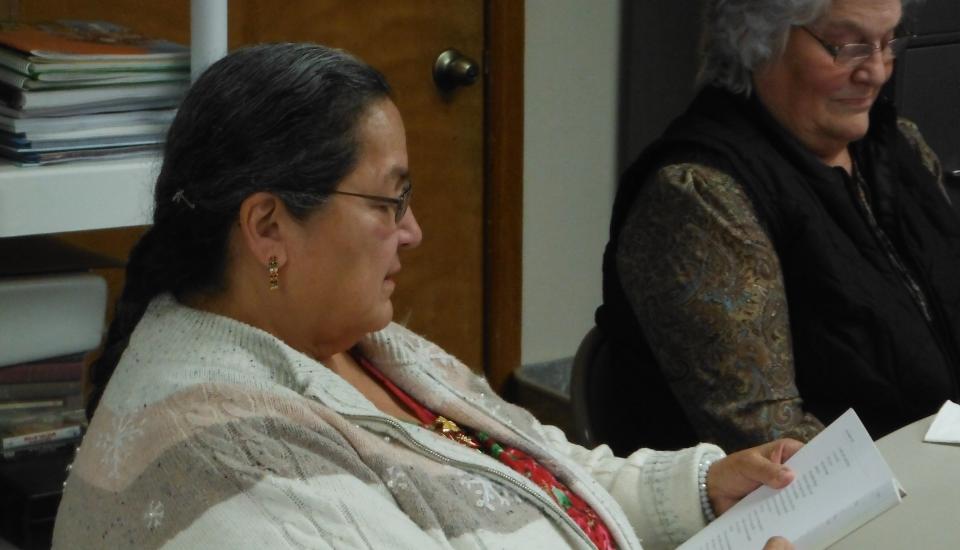 One of the texts that the Spokane and the St. Ignatius Kateri Northwest Ministry Institute groups are studying is Trickster: Native American Tales, A Graphic Collection, edited by Matt Dembicki. Now, you may wonder why these groups of adults are delving into what is, at first glance, a book of cartoons intended for children. Trickster is a collection of stories accompanied by illustrations, each one centering on a “trickster” in Native American story-telling traditions, an animal such as the coyote or the rabbit that is sly and cunning and tries to manipulate others to get what it wants.

Jama Van Brundt from the Spokane group lit up and said that her favorite story in the book is The Wolf and the Mink because it was told by one of her weaving grandmas, Elaine Grinnell, whom she met at a basket-weaving conference. Jama weaves cedar bark baskets. Jama enjoyed the Mourning Dove stories that the Spokane group had read previously, but for her, the book Trickster adds a lot of visual details to the stories in it. “Native people are very visual,” she says. “Stories are verbal, but when an elder explains a part of the story, that elder would explain it in a very visual way. For example, if a mountain looks like a basket, that’s how it would be explained. It’s a way of painting a picture in the language.”

Vera Schaaf, also from the Spokane group, feels that Trickster tells about the spirituality of the Natives, the Indian spirituality in words and pictures. “Stories are passed down. Through animals, we get meaning from them, meaning such as being kind and truthful to one another. Trickster is a book that is good for kids and adults. Adults can use it to teach the little ones.”

Marie Poirier, another Spokane participant, talked about the story of the rabbit, and how he wanted to do a trick, but in a good way. Trickster reminds Marie of “how we lived a long time ago and how we were involved with the animals a long time ago. All of us, kids and adults, can relate to the stories in Trickster.” Marie also feels a connection to Trickster because she knows a lot of the storytellers. Marie enjoys Trickster because it’s funny, it’s got humor, not in a mean or violent way, but it tells a story with a positive message. Using Trickster in ministry can help one to teach kindness, showing love and respect, and humor. She feels that kids can relate to Trickster, especially through the laughter and humor of the stories. “They’re more relaxed and want to listen and learn.”

“If we continue to share our traditional teachings and combine them with the Kateri teachings, it would be cohesive to us as Native Catholics,” says Marcella Adolph from the St. Ignatius group. Marcella grew up hearing the stories that are in Trickster. Those stories are from her area (the Colville Indian Reservation), so she can relate to them. Marcella appreciates the opportunity to have this book come into their study at the Kateri gatherings. She also appreciates that the stories are coming from her people and that others can hear her stories, for it is a way of acknowledging her people’s ways, through the storytelling. 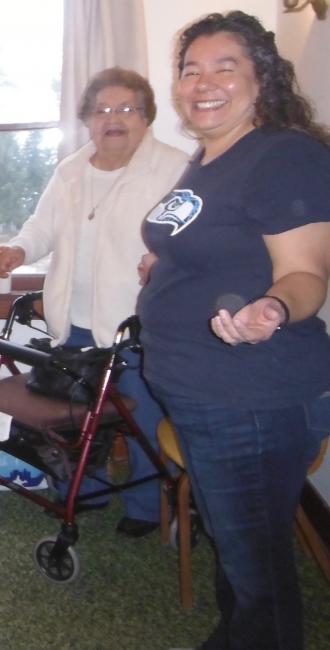 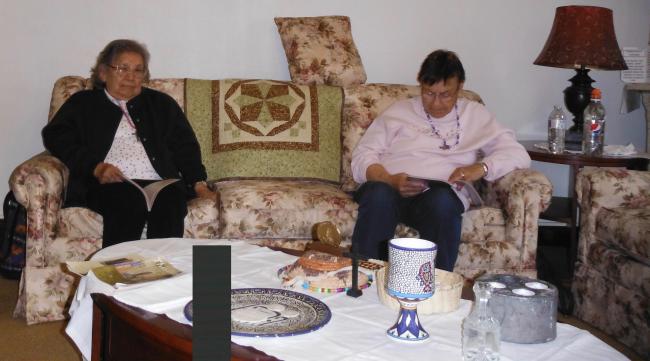 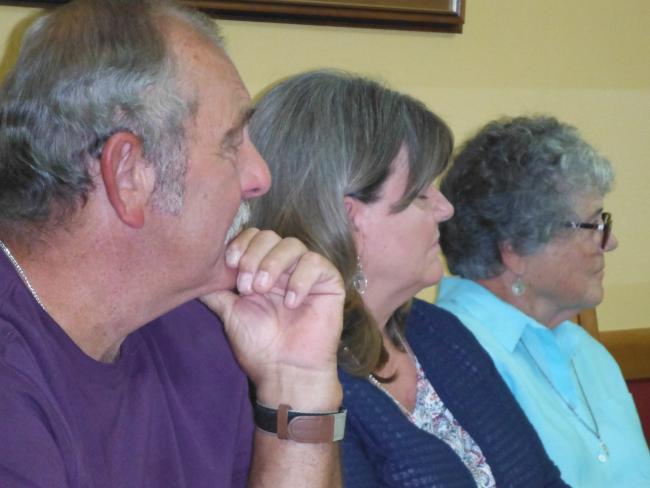